Our topic today is seen through the eyes of John Tampa, a Southern Pines resident for 14 years.
With a move to Winston-Salem in the works due to job transfers, John and his wife Julie, put their Southern Pines home on the market for sale, while at the same time starting a home search in the Winston-Salem area. The story started in early March at the Tampa’s dining room table, and now with the their home sold, they move on to Winston-Salem for their home closing in early June.

Their experience is shared with Fore Properties broker, Christian McCarthy, who was there at that early March pre-listing meeting and throughout the process, and local lender, Laura Glasby of Southern Trust Mortgage, who assisted the Tampa’s with their financing for their Winston Salem purchase.

The conversation about the Tampas’ specific processes and experiences serve as a backdrop for the bigger picture that is full of great tips for buyers and sellers who are in the market or planning to get into the market in the near future.

Fore Properties is proud to host this show for Mother’s Day. 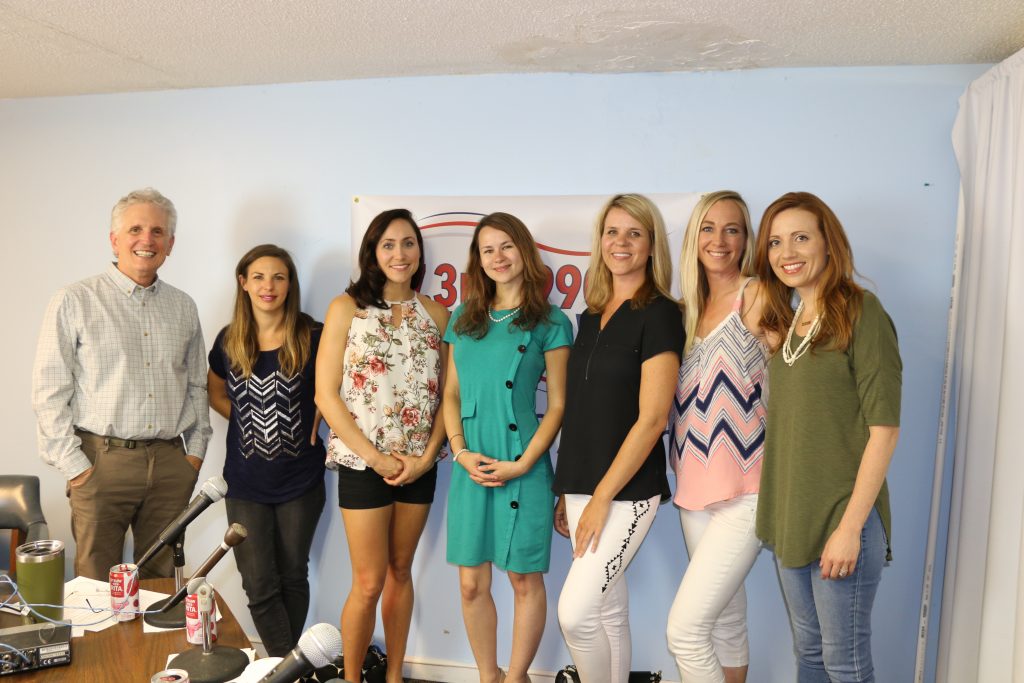 Our 6 featured brokers, all of whom are mothers, with no less than 17 children, from ages 4 to 14, discuss the challenges of balancing a career with family, and in many cases with a deployed father/husband.

In addition to being real estate brokers, these 6 women share great hearts and passion for what they do in their everyday lives. As moms, as brokers, as daughters, they wear their hearts on their sleeves and listening to their mutual support for one another clearly extends beyond the studio table.

John Tampa joins Bill to discuss his two experiences of receiving primary and advanced yoga teacher training at Arhanta Yoga Ashram in India, and the impact it has had on his teaching. John talks about Hindu philosophy and the strands from which the practice of yoga evolved over 5,000 years ago, as well as how the ancient sages of India understood yoga as much more than a physical practice (as we often experience it in the West).

John also explains how the Eight Limbed Path of Yoga is intended to be a way of life, which includes how one relates to one’s self and to others, as well as the physical practices and breathing techniques, leading to an enhanced meditation practice and ultimately the realization of one’s true Self.

Bill has been one of John’s students for over four years, and as one who has undergone back surgery, has benefitted from the practice of “adaptive yoga,” that is, using the body as a tool for healing while taking into account certain physical limitations. John developed an interest in adaptive yoga education as a way to recover from his own injuries and knee replacement surgery.

John has a history as a life long learner, coach, teacher, mentor, minister, corporate executive and counselor. The storyline behind the story is that John, a 12 year resident of Southern Pines, N.C. has blended his unique skill set of helping others, as described by author and founder of Tom’s of Maine, Tom Chappell, as “doing well by doing good.”

John sets the bar for what it means to continually reinvent yourself without losing sight of the mission, the goals and the spirit he has successfully fulfilled all his life for himself and for others.

In addition to being open for private instruction, especially for those who have injuries, disabilities, or limitations, John and his sister Michele Hoag offer continuing education worships for yoga teachers and interested yoga practitioners in several yoga teaching centers in North Carolina. His business is Living Yoga LLC, and he can be reached through his website at www.livinginthelotus.com.

Bill Sahadi hosted Virginia Gallagher, owner of Hot Asana Studio and Boutique, John Tampa, Rector of Emmanuel Episcopal Church and yoga instructor, and Julie Tampa, Marketing Coordinator at Penick Village and yoga instructor. In honor of the 5th annual National Yoga month, this was a show about the many facets and benefits that yoga can provide; from what to expect when you walk into a yoga studio for the first time to Patanjali’s Eight-limbed path, it was an incredibly informative program. If you’re never taken a yoga class, you’ll learn logistics like what to wear, what to bring, how to find the right class, and what actually happens in a yoga class. You’ll also hear heart-felt personal stories, and learn how yoga can benefit you – not just physically, but mentally, emotionally, and spiritually as well. Hear responses to frequently asked questions: is yoga a religion? Is yoga only for women? Do I have to be a vegetarian to practice yoga? For people from all walks of life, please tune in to learn what you need to know about yoga!