Judge Regina M. Joe, age 55, was born on December 16, 1962 to Hattie H. McKinney and the late Hubert C. McKinney, both of Mecklenburg County (Charlotte). She graduated from Olympic High School in Charlotte in 1981 and completed her undergraduate studies at the University of North Carolina in Chapel-Hill in 1985 where she earned a B.S. degree in Administration of Criminal Justice. She attended law school at Campbell Law School in Buies Creek, North Carolina where she earned her Juris Doctor degree in 1988. 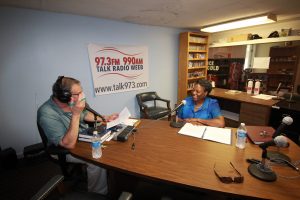 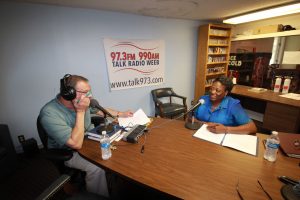 Upon receiving her law degree. Judge Joe began her legal career as an Assistant District Attorney in Greenville, North Carolina. She prosecuted cases there from 1989 to 1991, then moved to Raeford and continued her legal career there as an Assistant District Attorney servicing Hoke/Scotland counties from 1991 to 1995. She was in private practice for a year and thereafter worked for the Employment Security Commission before returning to Hoke County, this time as an Assistant Public Defender. Judge Joe returned
to Raeford in 1998 and serviced the Public Defender’s Office in Scotland/Hoke counties. In July of 2005 she was appointed by then Chief
Resident Superior Court Judge B. Craig Ellis as the Chief Public Defender for both counties, making history by becoming the first Black female Chief Public Defender in the history of the state. She ran for and won her current position as District Court Judge of Judicial District 16A (Scotland/Hoke counties) in the November 2006 election, making history once again as the first Black and the first female judge in District 16A.

Judge Joe has specialized juvenile certification and has served on the Board of Governors for the North Carolina Association of District Court Judges from 2009 to 2013. She served as President of the Association from 2013 to 2014, having been elected to the one year term by her peer District Court judges across the state in October of 2013. Judge Joe currently maintains her activities with the Association by serving on the District Court Judges’ Education Committee. She has a handsome 14 year old son, Christopher Isaiah Joe. Judge Joe is a member of Silver Grove Missionary Baptist Church in Raeford where Rev. J. Warren Parsons presides as Pastor.

The show covers many of these facets of her life.