Colonel Walter P. Havenstein ’71, USMCR (Ret.), spent a lifetime of service in the Marines where he specialized in tactical communications and systems acquisitions management. For his service, Colonel Havenstein was awarded the Legion of Merit. He launched a remarkable career in in the aerospace and defense industry and served as CEO at BAE Systems, Inc. & Science Application International Corporation. 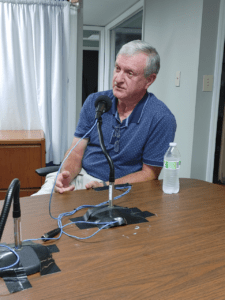 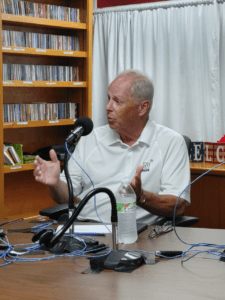 Robert Milligan has served as an officer and Chief Executive in numerous roles in his distinguished career. (President – Tribal Tech LLC, Cowan Associates). Sr. VP – CACI, Chantilly, Va. He also serves as an instructor at the Darden Foundation (Darden School of Business) helping to facilitate the Darden’s Executive Education Program in support of Army, Navy and DLA. He also has been affiliated with Ruehlin Associates Career Consulting offering one week career transition seminars for senior military personnel ranging from E9 to 06.

Both men are passionate and committed to paying it forward and working with today’s young military personnel as they move from military to civilian life.