Head Coach Chris Metzger has been at the helm of this program since 2007. His fingerprints and stamp are all over the young men who have worked under his tutelage.
Chris is joined by 2019 senior co-captains, Jacob Lawrence, Devon Armstrong & Levi Bear.

They don’t talk about X’s & O’s, but discuss discipline, persistence, living in the moment, leadership and a serving spirit.

7th grader Gary Head joins them at the table as an aspiring football player and a young student of the game. Gary shows a character & personal skill set way ahead of his years.

High School sophomore & Pinehurst resident Taft Gantt attends Woodberry Forest School and talks about his passion for sports and the industry of sports.

Currently Taft is vice chairman of WFSPN, a student run network where he broadcasts school sporting events as well as writing a blog revolving around the athletic department. 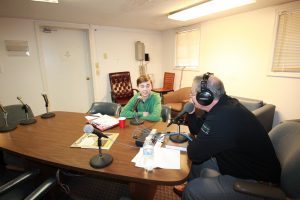 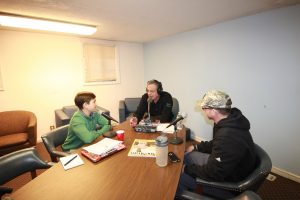 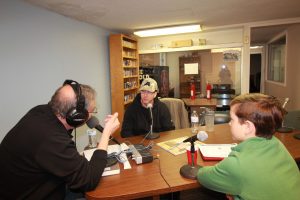 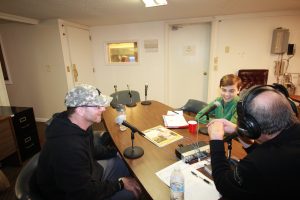 Pinecrest Patriot head coach Chris Metzger joins Taft to talk about his 11 year tenure at Pinecrest; his Champions for Life program, as well as the methodology of coaching his staff has put in place to raise well rounded individuals, whether they go on to participate in college sports or not.

His life lessons and observations provide a great insight into why the Pinecrest program has been so successful since 2007.

Taft Gantt, in many ways, embodies the result of what Coach Metzger preaches; dedication, passion, discipline, focus and serving others before self.

Chris Metzger came to Moore County in 2007 and has turned a downtrodden program into one of the most successful in the state. His leadership is
born out of his upbringing, his faith, his passion for the game and the young men he is privileged to mentor. Chris talks about family, football,
faith, values, accountability, discipline and personal responsibility and doesn’t fail to mention “at risk” kids who have grown and prospered in his program.

Layton, Sean & Ayinde are all well rounded student-athletes who are both articulate and responsible young men who live Coach Metzger’s message, and their parents’ message, every day.

Although the first game of the season is a short two weeks away on Aug. 21st against Overhills, all the important foundations are being laid for these young men – not only for this game, but for the rest of their lives.